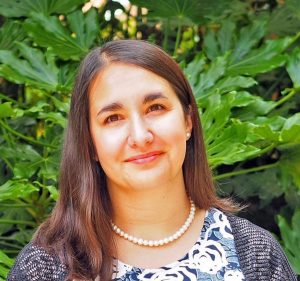 Rabbi Natasha Mann hails from the grassy hills of Hertfordshire, England, and moved to Jerusalem to study in the Conservative Yeshiva after completing her undergraduate degree in Theology at Heythrop College, University of London. Rabbi Natasha was ordained at the Ziegler School of Rabbinic Studies (American Jewish University, Los Angeles) in 2019, where she also received a Master’s degree in Rabbinic Studies and a Certificate in Jewish Education. Rabbi Natasha was honoured upon her ordination at Ziegler to receive the Henry Fisher Award for Outstanding Achievement in Jewish Studies.

During her time in Los Angeles, Rabbi Natasha worked as a Rabbinic Intern at Herzl-Ner Tamid Conservative Congregation, Mercer Island (WA), and Temple Beth Abraham, Oakland (CA); she also worked for two years as the Mashgiḥah (supervisor of kashrut) at the American Jewish University. Alongside many roles in Jewish leadership and education, Natasha has worked in the non-profit world, promoting better education and legislation on human trafficking issues. She has written for the Times of Israel, the Jewish Journal of Greater Los Angeles, and the 929 Tanakh Project, alongside regularly providing commentaries for Kol Masorti and its predecessor, Reflections.

Rabbi Natasha is seconded to Mosaic Masorti (HEMS) through Masorti Judaism, where she specialises in Youth Provision and Programming, by deepening her long association with Noam Masorti Youth. Rabbi Natasha also serves as a rabbi at New London Synagogue, alongside her long-term mentor and friend Rabbi Jeremy Gordon. Rabbi Natasha will be leading services at Mosaic Masorti on average once a month, including the High Holy Days, and has regular contact with members for educational and pastoral duties.