Thought For The Week: Freedom Day 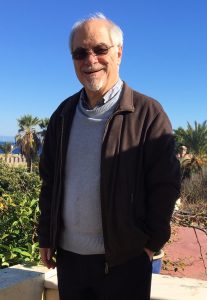 21st June was supposed to be Freedom Day, when the midday sun “stands still” – before heading back to where it was last 21st December! If only our leaders had listened to Nostradamus the astrologer rather than Vallance the scientist, the Sun’s transit into Leo (time for a party) on 21st July rather than Cancer (stay home; bake more bread) on 21st June would have been blindingly obvious.

Perhaps a bigger question is not whether our sunny PM will by then have mutated from Air Raid Warden (“Stay home; turn out that light”) via Driving Instructor (“Mirror, Signal, Manoeuvre”) to Flight Captain (“Doors to manual; cross check; prepare for landing”) but whether our emotionally exhausted population will be ready, willing and able to follow “an instruction to ignore instructions”.

But seriously; will Freedom Day matter after a pandemic that has taken 125,000 lives, devastated countless livelihoods, left millions unemployed; and disrupted the education and aspirations of a generation? Does anyone (SAGE or not) really know what lies at the end of the roadmap? Diversions, speed cameras and roadworks aside, it may be new but it won’t be normal.

On Tuesday 22nd June at 2.30pm Steve Levinson will interview Mosaic’s latest guest, Gillian Perry MBE, whose Anne Frank Trust is dedicated to helping young people embrace positive attitudes, responsibility and respect for others. Some challenge when lockdowns have diverted so many young people from a direct path to a stable and fulfilling future – allegedly to protect their grandparents!

With blank paper scarce, the teenage Anne Frank had to write her diary from the front and a short story from the back of the same notebook. Tragically, she was captured before her words could meet; she was never to greet a Freedom Day. But when we do, may her courage and irrepressible optimism inspire us to cherish our past as we begin to re-build our and our children’s future upon it.