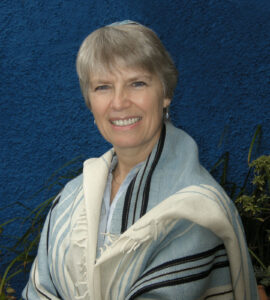 One Candle Can Light Many, and Not Be Diminished Itself

Chanukah is very early this year.  (Of course, it’s exactly the same time each year in the Jewish calendar, but you know what I mean!) First night is already on this coming Sunday.  There is something special about the festival – seeing people’s faces lit up around their chanukiyot, singing the familiar songs, enjoying latkes and doughnuts, and that special warmth and feeling of togetherness that emanate from the glow of the Chanukah candles.

At Chanukah, we remember the battles of some 2,200 years ago, as reported in the Books of the Maccabees.  The story is found in the Apocrypha (which consists of Jewish books from the Second Temple Period, which were not included in our Hebrew Bible, but which are part of the Old Testament of the Roman Catholic church.)  These books describe the fight between the Maccabees and the Syrian Greeks, and the miraculous victory of the Maccabees, followed by the rededication of the Temple in Jerusalem (indeed, the Hebrew word chanukah means ‘dedication’.)

The Chanukah story tells of one of the earliest struggles for the right to practise one’s own religion in freedom and security.  Had Antiochus Epiphanes succeeded in his ambition, the Jewish people and way of life would have disappeared forever.  It is thanks to the extraordinary courage and conviction of the Maccabees and their followers that Judaism survived, and that we are able to tell the tale from year to year.

In the words of Rabbi Herbert Richer, ‘May the heroic example of the Maccabees inspire us always to be loyal to our heritage and valiant for truth.  Let the lights we kindle shine forth for the world to see.  May the message they proclaim help to dispel the darkness of prejudice and hatred, and spread the light of liberty and love’ (Siddur Lev Chadash, p. 399).

There will be a community candle lighting every night of Chanukah.  Take a look at https://choosemosaic.org/?p=26699 for the Zoom links for each of the nights, and also the Chanukah ‘Siddur’ that you might wish to use, to guide you through the candle lighting – and more.  Candle lighting will be at 6:00pm most nights, except for Erev Shabbat at 7:00pm, and the in-person Chanukah party on the last night, which runs from 3:30-5:00pm, with candle-lighting at around 4:30pm, which will also be on Zoom.

I wish you all Chag Urim Sameiach – Happy Festival of Lights!