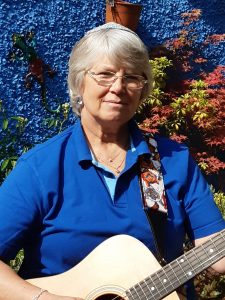 Shavuot is one of the Shalosh R’galim, the three Pilgrimage Festivals.  Shavuot, the Festival of Weeks, was originally a harvest festival, celebrating the end of the barley harvest, and the beginning of the wheat harvest.  Its agricultural beginnings are reflected in two of its names, Chag Ha-Katzir, ‘the harvest festival’, and Chag Ha-Bikkurim, ‘the festival of the first fruits’, when the first fruits were brought to the Temple in Jerusalem.   The name Shavuot,’ weeks’, reflects the Omer period from Pesach to Shavuot, when we count each of the 49 days, or 7 weeks.

In Exodus chapter 19, the Torah tells us that the Israelites came to Sinai on the third new moon after their dramatic exodus from Egypt.  Because Shavuot comes seven weeks after the Exodus festival of Pesach (in the third month of Sivan), the rabbis claimed that the festival celebrates God’s revelation at Sinai, the giving of the Torah to the Israelites.  With that, and the rabbinic name, Chag Matan Torateinu, ‘the festival of the giving of our Torah’, Shavuot gained a profound new meaning because, without rules, freedom soon degenerates into chaos.  With that, it also gained durability and a touch of eternity.

So, the holiday of Shavuot commemorates the gift of the Torah to the Israelites, and there is a custom to stay up through the whole night of Shavuot, engaging in study.  Known as Tikkun Leil Shavuot, this custom expresses our love for Torah and its study.

There is also a custom to decorate the synagogue with flowers, to recall the legend that Mount Sinai burst into flower while the Israelites waited to receive the Torah.  Also, the first fruits were brought to Jerusalem in baskets decorated with flowers.

Shavuot celebrates the brit, or covenant, between God and the Jewish people.  A contractual relationship, as a love relationship, requires from us loyalty and commitment, such as was shown to Naomi by her daughter-in-law, Ruth.  At Shavuot, we also read the Book of Ruth, because it takes place at the right time of year (Ruth gleaned barley in Boaz’s fields), and, also, Ruth’s loyalty and commitment is symbolic of the loyalty and commitment of the Jewish people to the Torah and to the people of Israel.  Ruth was the great-grandmother of King David, and Jewish tradition has it that King David was born, and died, on Shavuot.

Oh, and, of course… there’s the cheesecake!  It is customary to eat dairy foods such as blintzes and cheesecake on Shavuot.  One explanation for eating dairy is that when the Jews received the Torah on Shavuot, they were not ready with utensils for kosher meat preparation, so they ate dairy, which is relatively easy to prepare instead of meat.  Another explanation is that the Torah is compared to milk and honey.

All the details of our celebrations of Shavuot can be found in this weekly e-mail, and also on our website.   Our Liberal and Reform communities will be welcoming our twinned community in Israel, Darchei Noam, with Rabbi Dr. Eli Levin, on Erev Shavuot and also our friend Rabbi Dr Michael Hilton.  Liberal Judaism offers opportunities to study all through the night, with a variety of learning options.  Our Masorti community will be meeting in person for the first time in many months, in a garden service.

Also, on Sunday afternoon, at 4:00pm, before Shavuot begins, there is an opportunity to meet Keren David, journalist and author of 12 Young Adult novels.  Her latest book, ‘What We’re Scared Of’, is about contemporary anti-Semitism and Jewish identity.

On Wednesday, Tea and Torah continues, at 11:00am, with the weekly opportunity to study parashat ha-shavua, the Torah portion of the week, with one of our Rabbis.

And finally… a heads up for a very special celebration on Sunday, May 23rd at 4:00pm, when we have a chance to get together (still on Zoom) to reminisce over the 60+ years at Bessborough Road, with memories, a quiz, music, photos and more, and also there will be news on our new home at 65 Stanmore Hill.  Look forward to seeing you there!