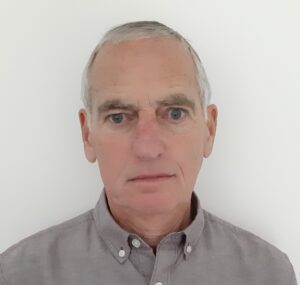 A few days ago I received an email from a charity telling me that I was to receive an award of 500,000 dollars. Very nice but clearly a scam. Phishing emails are normally a little more sophisticated than this and, these days, most of us are on the alert for such cons on social media and in texts and emails.

Unfortunately we don’t seem to be anywhere near as careful when it comes to forwarding or sharing emails, or Whats Apps on the subject of Israel.

In the last week or so I imagine all of us have received “from friends” emails that update us on the latest developments in Israel, and Gaza and the West Bank. Many of these leave us nodding our head in agreement as they tend to confirm our views (or prejudices). I received one such email from numerous sources which was clearly spreading fast (hence going viral). It was headed “breaking news” and was the text of a speech the Israeli Prime Minister had just made to the Knesset. It had a bellicose tone and gave Hamas a 24 hour deadline to stop firing rockets after which Israel would invade and re-occupy Gaza. Many of its recipients would have been nodding their heads and thinking “good on you Bibi”. The problem is this speech was never made and was pure fiction – fake news. Not very different from the photo of joyous Israelis dancing in front of a burning Al Asqa Mosque. Literally an attempt to inflame opinion.

So at this sensitive time, when we are all wondering what we can do to help save lives, one answer is to take care before we pass on information that is designed by extremists to provoke mistrust rather than encourage moderation. It is always a good idea to ask “what’s the source?” of any alleged news, and a “reliable friend” or “a neighbour’s workmate” is not sufficient. My suspicions about Bibi’s speech were confirmed when I could find no reference to it on the BBC, Reuters, Ha’Aretz or even Al Jazeera.

Meanwhile on the home front I can reliably urge you to Zoom in on Sunday May 23rd at 4.00 pm for our celebratory fun afternoon farewell to Bessborough road. This a real event, with real Mosaic people even though it is online only.