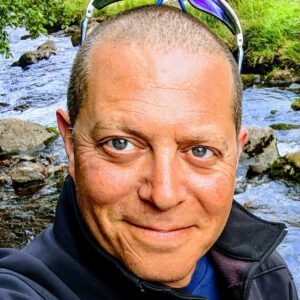 On Tuesday we were joined by Paul Solomon who is the youngest son of Mosaic Liberal members, Janet and Alan Solomon. He was interviewed by Steve Levinson.

If you missed the interview you can see the recording here.

Paul is a Director of Communications & Public Affairs at Google and leads Google’s Communications teams in Israel, the Middle East, Africa, Turkey & Russia. Paul’s team is responsible for telling the story of Google in these diverse regions: showing how Google makes people’s lives easier and helps businesses grow, and protecting Google’s reputation in the media.

Before joining Google in 2011, Paul spent 10 years managing communications for Coca-Cola in the region, and was a media & political consultant at communications agencies in London and Tel Aviv.

Paul is married to Esther, who is the Opinions Editor at Ha’aretz.com. They made aliyah in 1998 to central Tel Aviv, where they live with their 4 children, aged 17 to 6, and their over-sized dog.