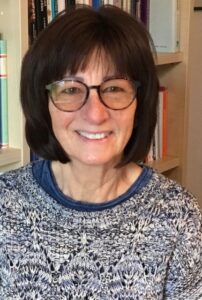 After University, having qualified as a social worker, Norma worked for the Borough of Camden at the start of a varied and high-achieving career in social services, encompassing public, private and charity sectors. Norma was also a magistrate for 10 years in the criminal courts and a Chair at the Family Courts until 2019.

Recognition was bestowed in 2013 with the honour of an OBE for services to children and people with learning disabilities.

A major part of Norma’s career spanning 30 years has been her association with Norwood Ravenswood, initially through caring for her daughter born with severe disabilities, which led to a role at the Jewish Society for Mentally Handicapped Children. JSMHC was absorbed into Ravenswood, where Norma became Executive Director and oversaw the merging of the services between Ravenswood and Norwood – where, incidentally, her husband, Sam, was CEO!

Norwood went on to employ 1,100 staff, over 1,000 volunteers and supported around 5,000 people with services. Her Majesty, The Queen remains the Patron.

While Norwood CEO, Norma chaired the national disability charities group, and was a member of the Government’s Learning Disability Advisory Group – the sponsor of the White Papers for new legislation to establish the rights of those with learning disabilities; eventually leading to the closure of the long-stay hospitals where so many had lived in extremely poor conditions. In 2001, following the Bristol Inquiry, concerning the treatment of children with learning disabilities, Norma was appointed as a member of an Independent Inquiry to consider the concerns of families, and the Down’s Syndrome Association, about pediatric cardiac services at the Royal Brompton and Harefield Hospitals. This Inquiry led to a major report and over 60 recommendations, all of which were accepted and adopted.

In a personal capacity, Norma enjoys walking, reading, and spending time with her son, Jeremy, his wife Louisa and her 3 gorgeous grandchildren. They have all recently moved to Stanmore, around the corner from Mosaic’s new Synagogue building. It will be great to see new and younger members joining the Mosaic community and getting involved in its future!