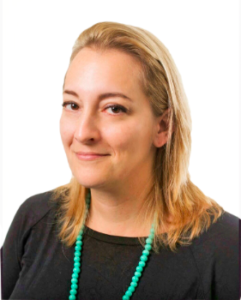 Esther is the Opinion Editor for Haaretz.com, its English-language website and print edition, a position she has held for nearly a decade.

Esther writes: When people ask me what I do, sometimes it takes me a while to gather my thoughts for an answer. I am aware of the many preconceptions many people have about Israel, and about Haaretz. There are also preconceptions about what an Israeli site in English covers, and about who actually reads us and where. Covering conflicts both simmering and spiking in Israel, the Middle East and the wider Jewish world is a complicated endeavour, often tumultuous, but also, I think, one of the most satisfying, intriguing and values-affirming jobs there is. In this discussion, I will attempt to open up the world of the Haaretz news room to you, talk about whether there is such a thing as objective coverage of Israel, how we think about antisemitism, and why opinion pieces can change the world.

Esther was born and grew up in London, educated at St Paul’s Girls’ School, studied English literature at Cambridge University and International Relations at LSE, and worked for the Union of Jewish Students, where she met Paul, married and made aliyah at the end of 1998. After ulpan, Esther worked for a think tank (precociously) building economic ties between Israel and the Arab world, but on her way to a meeting in Ramallah, two Israeli soldiers were lynched there, the second intifada erupted and she had to find another job. She survived two years of working as a strategic consultant for Deloitte and Touche before re-immersing into the world of politics and analysis, writing and researching reports for international institutions.