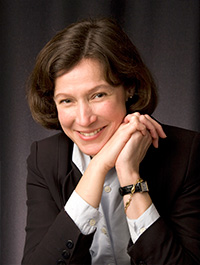 Rabbi Kathleen was born in Utrecht, in The Netherlands. She was awarded an MA in Semitic Languages and Cultures at the University of Amsterdam in 1994, and an MA in Jewish Studies at the Leo Baeck College in 1999.

In 2000 Rabbi de Magtige-Middleton was ordained as a Rabbi at the Leo Baeck College; her thesis was ‘An Introduction to the Commentary on Leviticus by Don Abravanel; Translated with Introduction and Notes’. In the same year she was appointed full-time minister at The Liberal Jewish Synagogue in St. John’s Wood, London.

From 2001 to 2004 Rabbi Middleton was a lecturer in Chumash at the Leo Baeck College, and from 2004 to 2005 she was a lecturer there in Parashot and Haftarot. In 2005 she became an occasional lecturer in Judaism at The Muslim College. Since 1998 Rabbi de Magtige-Middleton has been a member of Kent House Group, a Jewish-Christian Women’s Dialogue Group, and in 2005 she became co-chairman of the Liberal Judaism Biennial Conference.

She is married to David de Magtige; they have three young children: Emma, Victoria and Alexander.

Sermon in response to the Pittsburgh murders

Is it right for shops to promote sales of kosher turkeys and ‘festive puddings’?