Jews throughout the world have a relationship with the State of Israel.

Mosaic Reform Synagogue is twinned with Congregation Darchei Noam in Ramat Hasharon. Many of our members have relatives in Israel which creates a common bond.

At Mosaic we link into Israel based talks, cultural events and host political discussions of the day.

Mosaic’s Israel activities and updates are led by Michael Reik, supported by Alan Solomon and Edwin Lucas – contact us to find out more.

For the latest information on Israel please refer to The Times of Israel,  The Jerusalem Post,  Bicom

Mosaic has links with a number of organisations in Israel: 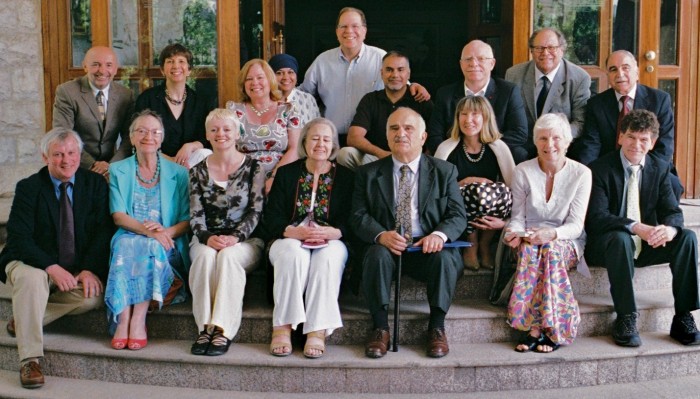 Mosaic has supported EcoPeace for many years (through HWPS before Mosaic was formed), and Mosaic Liberal’s former Rabbi Dr Frank Dabba Smith serves on the International Advisory Committee of EcoPeace-Friends of the Earth Middle East.

Co-Executive Directors of Eco Peace/Friends of the Earth Middle East, Mr Munqeth Mehyar, Mr Nader Khateeb and Mr Gidon Bromberg, wrote:
“Thank you for your generous support of our environmental peacemaking efforts, building cross-border cooperation to rehabilitate the Jordan River and save the Dead Sea.
Your ongoing support and partnership in our work helps us to continue to advance solutions to trans-boundary environmental issues in the Middle East. As some of you who have visited have seen, and as Rabbi Dabba Smith can attest, progress is real and hope is strengthened. Our efforts to promote a water accord as a first step in the peace process are advancing at the highest levels, sanitation solutions throughout the region are moving forward and our grassroots organising efforts and cross-border education work with youth are changing hearts, minds and attitudes whilst instilling hope.”